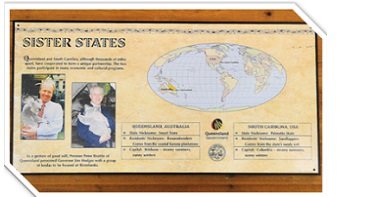 It all began with a couple of koalas. Female koalas Lottie and Killarney help cement the relationship and also played a key role in partnered research.

The koalas were gifted to Riverbank Zoo in Columbia, South Carolina, as part of an innovative breeding program. Its achievements included new semen capture techniques that helped improve the genetic diversity and health of the zoo’s koala population – just one example of our successful science collaborations in action.